6 Life begins in earnest - The School 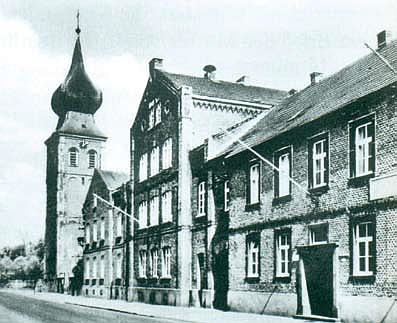 According to testimonies of the time the Kentenich family was very reserved. Thus it probably happened that in the 1950s hardly anybody remembered the name Kentenich or certainly not the name of little Joseph.

Because of this reserve, it was all the more important for the development of the child, to look for contact with other children and to develop relationships outside of the family. Despite these efforts it was not possible to coax Joseph into the kindergarten. He refused to go into the preprimary school and he could not be enticed by promises. He knew what he wanted and what he did not want. Perhaps he also sensed the hurtful questions that could be raised.

Joseph was enrolled in school at Easter 1891 at the age of five and a half years. The Gymnich village school was not the learning institution that the school authorities hoped for. Shortages of teachers caused lessons to be cancelled, once even for a half-year. In addition the level of education left much to be desired. School inspectors repeatedly noted poor results, especially in reading and arithmetic. 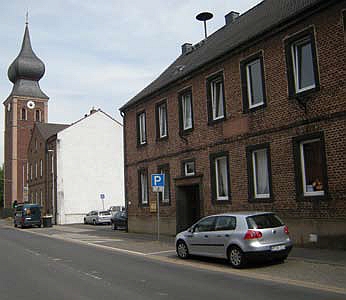 The teachers and their teaching methods

In those days one could become a teacher from the age of 16 years. A three-year teacher training college course was followed and then one was only offered a permanent post after a probationary
period of two years.

The classes at school were often conducted with military strictness in order to bestow knowledge, without regard to the individual needs and capabilities of the children. It is known that a female teacher C. Black who taught the first class, therefore including the little Joseph, was overlooked for promotion several times due to a lack of teaching talent; she was also sued due to severe breaches of the punishment law.

It is not known whether Joseph, who quickly showed himself to be a good student, also had to endure such canings. What is known, is that he did not like school life in this environment. 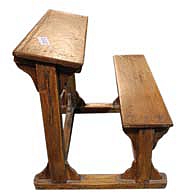 He fought against injustices. His cousin, Henriette told of an incident when she checked the satchel of the five years younger Joseph. In doing so she changed a writing slate a little by adding the appropriate wording. Next day at school Joseph was asked who did his homework. Joseph insisted that he had done his homework alone but later in tears, Henriette, admitted what she had done. The matter was later cleared up between them.

A new style of education

The experience of an average school day in Gymnich was in part the background on which Father later developed a new style in his educational approach. His approach was based on the principle: of 100 canings 99 belong to the teacher. His experience was that far more could be achieved with great sensitivity towards the “feeling of life” of children than with harshness. 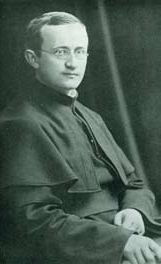 For example, during his teaching career he trusted the students and their honesty so much that he would leave the room during the class work.

When taking office as Spiritual Director of the Minor Seminary of the Pallottines in Schoenstatt he expressed his attitude to the students and young people in this way: "I place myself entirely at your disposal with all that I am and that I have: my knowledge and ignorance, what I can and what I cannot, but above all my heart."

Father Kentenich faced the desire for freedom amongst the students, who were groaning and suffering under the harsh discipline of the new minor seminary in Schoenstatt, with an lternative educational concept: Children and young people should use the system to independently take their own education in hand. The principle should be a means to educate oneself to become free, strong and self-standing people.

For this reason the aim of education was no longer the insistence on drilling and submissive obedience. The basic approach of the educator should be to appreciate the young personality, show empathy towards the wishes and ideas of the young counterpart and to be humanly authentic.

We thank you for the teaching talent of Father Kentenich, which may be an example and inspiration to all educators.

(All:) We pray for all who work as parents, teachers or priests in the field of education: Give them a kind heart so that they can keenly perceive the wishes of young people.

We pray for all who have suffered damage and inner wounds as a result of their education: Let them find people who awaken in them a renewed trust and self-worth.