News from the Kuttur Shrine 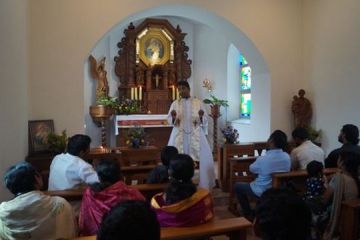 A meaningful pilgrimage to the shrine

Our Sion family group made a pilgrimage to Kuttur Shrine on July 5th Sunday. It was really meaningful and most of the young families in the group were present there. Fr. Johnson Panthappillil gave the basic information about the Shrine for the people who were new.

After the talk there was a special adoration and blessings. Adoration was conducted by Bro. Ronald.

After the adoration the cantles prepared by each family were blessed and presented to the respective families.
The logo for our family group was prepared by the president and that was taken to the Shrine for discussion. 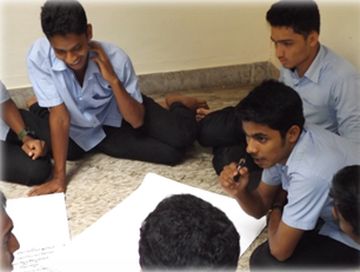 Search for an Ideal

The senior youth group in college is in search of an Ideal and a name. We gave them three questions to reflect upon.
• What the Church is telling to us?
• What the society is telling to us?
• As youth what you want to say?
The students were divided into two groups for discussion. They were active and showed interest in expressing their opinion.

Meeting for Youth from the Parish 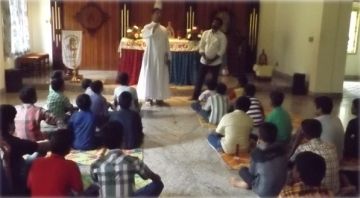 We had our second meeting for the Anathadam parish youth on 12th July. We conducted the meeting with the help of the animators. After the common prayer we send the students into different groups.

The students of 5th to 7th standard had class by Mr. Jacob and he taught them the importance of prayer. Our Father, Hail Mary, Angelus was the prayers specially dealt with.
For 7th to 8th standard students the topic was “Who you are”. The answer for the question was “You are child of God”. I have got the face of God. The animator gave a mirror to the youth and they had a chance to look once again to their faces. Each one was asked to write a positive point about their friends. 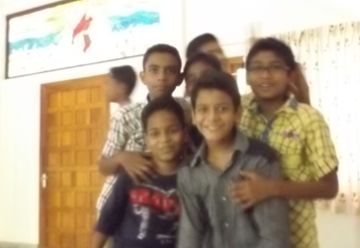 All were happy about the activities done in the group.

The youth above 10th was animated by Mr. Varghese. He gave an introduction for Schoenstatt including the historical event of Schoenstatt origin. Students were given introduction about P M R C.
After one hour of class all came together as one group and prayed the covenant prayer. 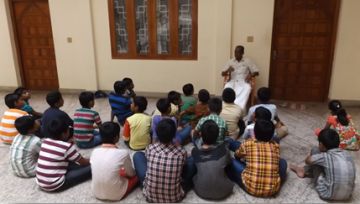 Meeting With Coordinaters for Youth Program

We have formed a new team for the Schoenstatt youth program in our parish. As we have divided the whole boys into three groups we are giving formation for three people. They are part of our Schoenstatt family movement. We gave name for the programs for the three different groups.
For 5th to 7th classes’ students we are doing a program called ‘Kids of Mary’. Mr. Jacob is the animator of this group. 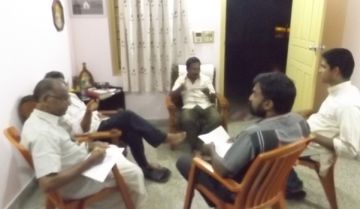 As we have divided the plus two groups into two we conducted the program in two days. Search for God was the theme of the day. Bro. Ajil gave them a short impulse on the topic. (Jubilee Talk 31 may 1999, G. Carmona) 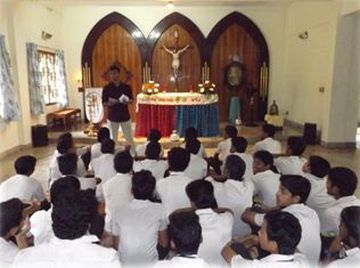 Together with a real and growing flight from formal religion, we see a growing search for the mysterious, the supernatural or the religious, although in other forms.
There is a change in the image of God. God has been cut to our tastes—our image and likeness.
On the one hand, there are the gods who are worshiped and revered—like materialism, power and money. Attracted by material things and captivated by their appearance, trapped by the cost of paying for them and lured by the ambience of the shopping malls, man seems to hope that his hunger for the absolute can be satisfied by overcompensation in possessing things.
In the midst of the racks, store displays and shopping bags we have created a world to replace eternity.
On the other hand, we have made ourselves into little gods and play the part. Genetic experimentation, in vitro fertilization and cloning make one think that 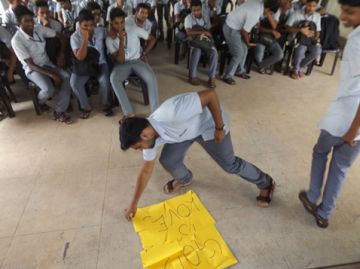 what Huxley described in his famous book, "Brave New World," is not so impossible to realize. The world was outraged when it heard of the birth of Louise Brown in England, the first human conceived outside the uterus. Just when we had forgotten it, the Scotsman Ian Wilmut declared that he had managed to clone a sheep from adult cells. The result, as we know, was Dolly. And the scientists are not a few who have announced their intent to clone human beings. Among the faithful, the image of God has been given more affective traits, typical of the postmodern culture. Or it has taken on tragic features—ending in community massacres and religious suicide, dictated by a leader with the power to rule over life and death.
Religious syncretism has also appeared. They, too, are about making God after our own image. The latest encyclical—Fides et Ratio, like Veritatis Splendor before it—shows the
Pope’s concern and indicates his efforts on behalf of the respect of objective 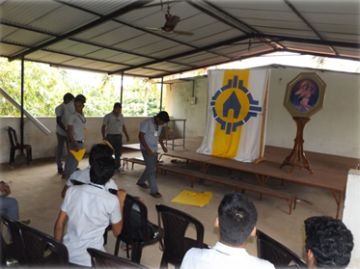 truth and the image of God which goes beyond what any one individual might think about it. In the background of this reality we find the search—hidden and often deformed, but persistent nonetheless—for the supernatural.
After that we gave them an activity with passel.