Cooperating with the grace of God 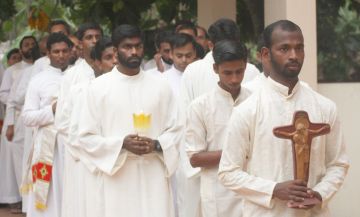 Formation may be understood, first and foremost, as our cooperation with the grace of God. The seven members of the course ‘Marian Shepherds’ have been trying their level best during the course of the last two years to mould and shape themselves by way of cooperation with the grace of God and our Mother Thrice Admirable of Schoenstatt. The first contract consecration and the reception of the cassocks marked the successful culmination of their formation in the novitiate. 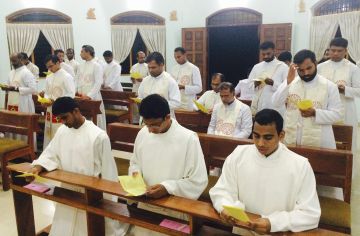 Their first contract consecration and reception of the cassocks took place on 14 April 2016 at 6.30 p.m. at the novitiate chapel in Aluva. In the Holy Mass, which was celebrated by both Regional Superiors, fathers from both Providence (Kerala) and MTA (Tamil Nadu) Regions of our Institute attended.

Fr. John Peter, the superior of the MTA Region, presided over the Eucharistic celebration and Fr. Joy Madathumpedy, the superior of the Providence Region, gave a meaningful homily. Fr. Hans-Werner Unkel (Germany), the sotius of the novitiate, who was also the master of ceremony, released a course booklet worked out by the novices and Fr. Joy Puthussery gave away the prizes to the respective novices for their successful performance in exams and seminar work.

We thank for your prayers

The novices left Aluva novitiate for their homes on the following day of the first contract consecration. I sincerely and wholeheartedly thank all our community members who have attended this ceremony and prayed for our novices. 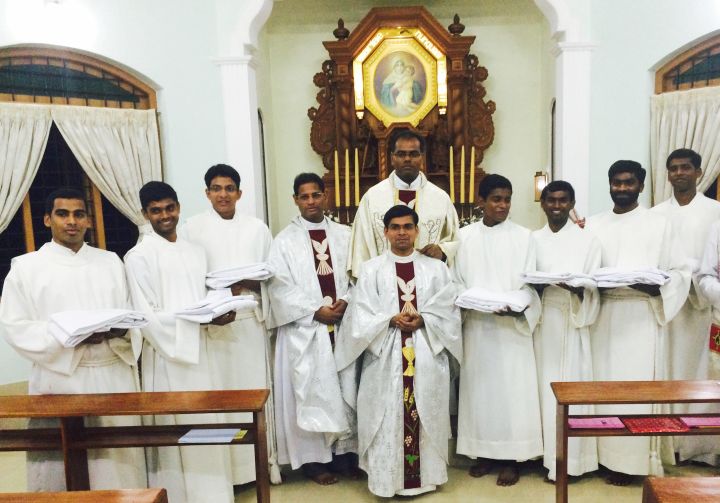