The main guidelines of our formation have developed from 1959 on, under the guidance of our founder, Fr Joseph Kentenich. The first priests and students who were preparing to join our Institute, still to be created by then, could evaluate their own formation experience in dialogue with Fr Kentenich. The aim of those conversations was to define a curriculum which would correspond to the challenges the Institute would have to face, while taking over from the Pallottine Fathers the main responsibility for the international Schoenstatt Movement.

Fr Kentenich used to point out the Institute of the Sisters of Mary as the model in which he had integrated the main principles of Schoenstatt pedagogy. Moreover, the tradition of the Jesuits was also a main orientation for our Founder as well as for ourselves till the present day.

After a period of about thirty years where all Schoenstatt Fathers had their formation in Germany, the country of origin of the Schoenstatt Movement, we now run ten formation houses in six countries.

To become a Schoenstatt Father is a matter of vocation. This means that a clear call from God is needed to start the way of formation in our Community, as well as a openness to love and serve Schoenstatt, its communities and institutions. 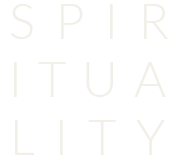