A Priestly ordination and 25 years of Schoenstatt in Nigeria

Divine Providence has put smiles on the faces of all Nigerian Schoenstatters and beyond. The 6th of May 2017 entered the unforgettable annals of history. This day had been longed for and was cherished by all. In this very month, a host of coincidences became reality. 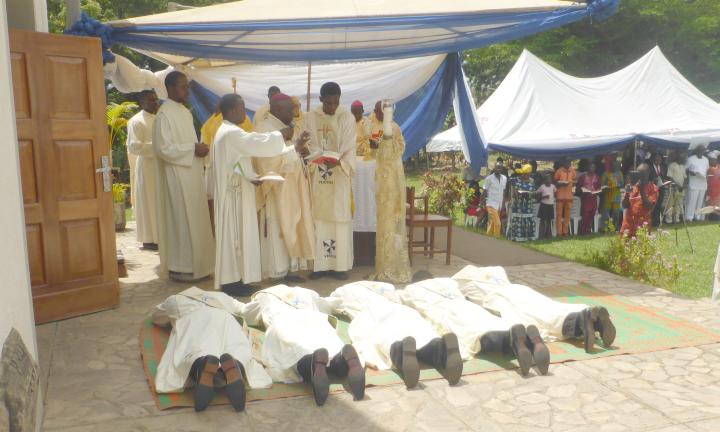 On the 1st of May, Fr. Klaus Desch celebrated twenty-five years of his life in the priesthood, twenty years of that were spent working and helping the Nigerian Community. Then five days later on that day, the 6th of May 2017, five priests were ordained for the Schoenstatt Fathers, Nigeria. This very ordination brought the number of Nigerian Schoenstatt Fathers to twenty-five (25). And also, on the 6th of May, we also celebrated twenty-five years of Schoenstatt presence in Nigeria. Fr. Kistler, who brought Schoenstatt to Nigeria, first arrived on Nigerian soil precisely on the 2nd of May 1992. What a providential coincidence! 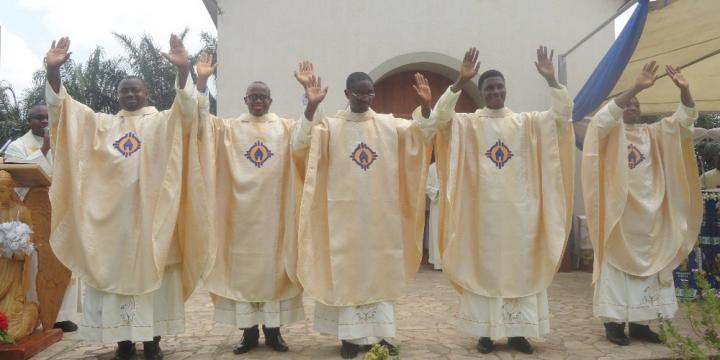 “So great a cloud of witnesses…”

The whole event of 6 May began with the Mass at about 10:22 am. His Grace, Archbishop Gabriel Abegunrin-the Archbishop of Ibadan Catholic Archdiocese, presided over at the Mass, and he was also the ordaining prelate. The event was also graced by a host of other dignitaries: Bishop Martin Olorunmolu (Bishop of Lokoja diocese), Fr. Alfred Kistler, Fr. Pablo Pol (representative of the Regional Superior, Fr. Javier Arteaga), Fr. Kingsley Okereke (delegate superior), Fr. Reginald Ibe (Rector of the students), Fr. Nichodemus Okenwa (Spiritual Director of the students) many Schoenstatt Fathers, a host of priests, religious, and friends and well-wishers. 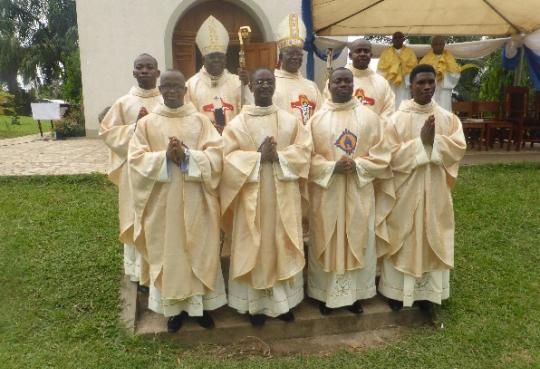 “A priest is a priest forever…”

The Rector of the students, Fr. Reginald Ibe, who also testified for the candidates, presented them to the Ordaining prelate. During the homily, the Archbishop exhorted the soon-to-be priests to be faithful to their calling as priests. The priesthood is a vocation and not a business or moneymaking adventure; a priest is a priest forever even on holidays. He (the priest) is to imbibe and inculcate sacrifice, service, obedience, faith, hope, humility, simplicity, and love in all their dealings. The poor and bottom rung of the society should never be despised. Continuing on, the Archbishop averred that they are (the newly ordained priests) to always emulate Christ who is both their master and model. The Blessed Mother should also be sought as she always intercedes for us and is the center of Schoenstatt spirituality. To the lay faithful, he called on them to pray unceasingly and assist their priests.

At about 11:40 a.m., our five brothers, who prior to this day were deacons, became priests to the glory of God.

The jubilee cake was cut and the Schoenstatt Fathers present renewed their covenant of Love and dedication to the Blessed Mother, Mother Thrice Admirable and Queen of Schoenstatt.

After this, solemn-divine action, pictures were taken. The atmosphere was super-saturated with love and joy as there was plenty to eat, drink, and share with one another. This joy found itself also on the 7th of May 2017, when the Blessed Mother was crowned – Victorious Mother. 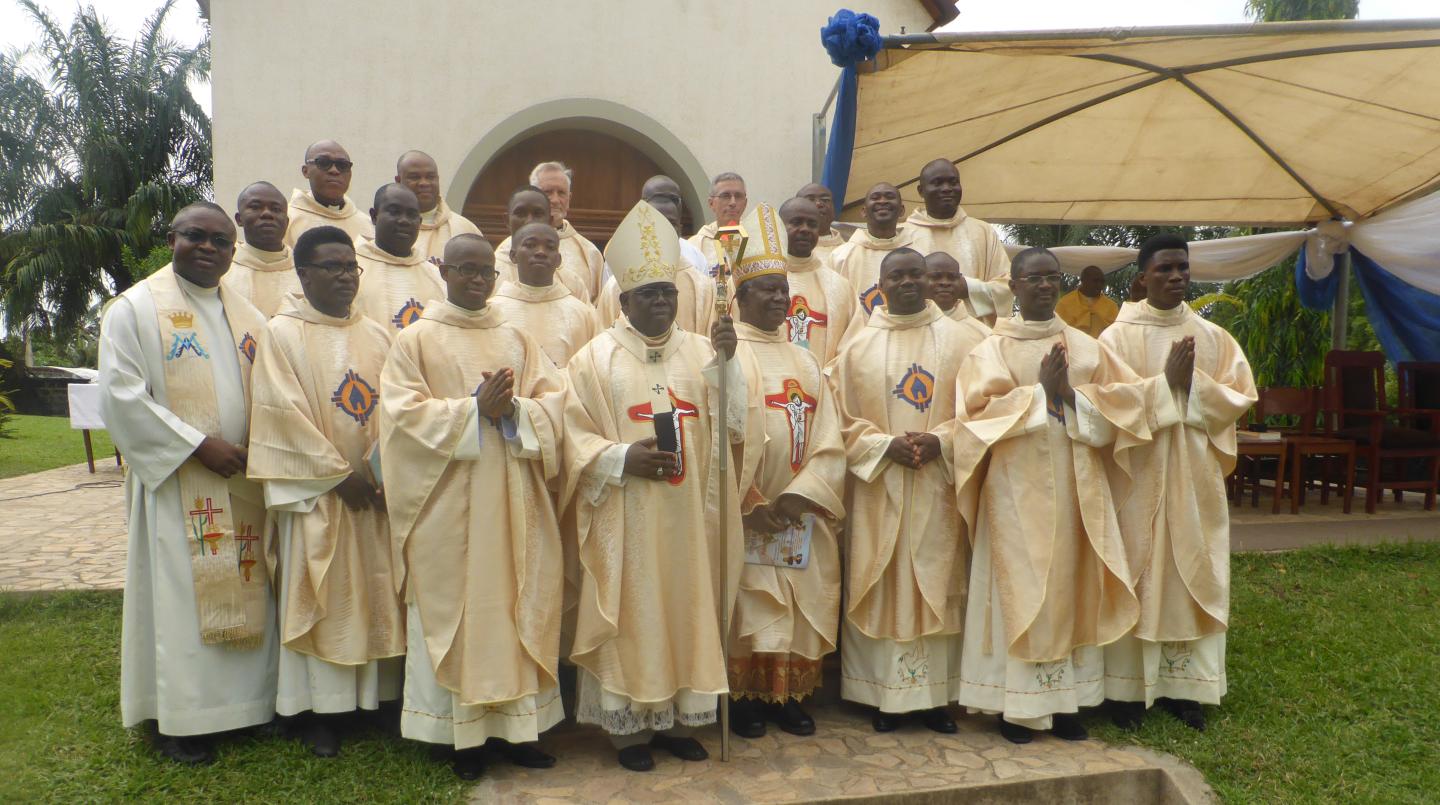